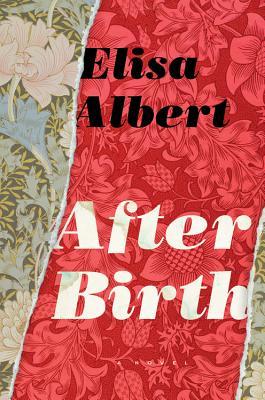 I received and advance review copy of this book from the publisher through net Galley in exchange for an honest review.

I saw this title on someone’s list of books to read this winter.  Now, I am sitting here, struggling with whether I should post this review on my blog or not.  I have not actually finished this book.  I got to 82% and had to put it aside.  This was not a book for me.  Though well written, I just did not like the story or the main character.  A majority of the story revolves around Ari and her inability to accept that she had a C-section, rather than have a natural delivery.  A year later, and this is still the main focus of her mind.  She is clearly depressed, though she refuses any aspect of help, other than having dinner with her gay neighbors whenever her husband works late.  She drinks and smokes pot often, yet is loud and righteous about breast feeding her son on demand-at a college faculty Christmas party- because her breast milk (pot and all) is best.  She becomes obsessed with her new neighbor, Mina, a single new mom, who is also struggling with the demands of a baby.  When Mina has trouble breastfeeding, Ari feeds her baby for her (cringe).  Then she dreams of opening a daycare, where she can be a wet nurse for numerous children.  She bemoans the fact that no one ever told her what to do, how to cook, sew, raise a baby, then in the next breathe, derides the life she is living and weeps for her lost feminism.

At some point, Ari was planning on writing her dissertation, but has stopped working on it since the baby.  She does leave him 2-3 times a week with a sitter, and she is supposed to be writing, but instead she sits in the coffee shop and trolls on the net.When she goes to see her PHD advisor, she is horrified that her advisor isn’t as in love with her baby as she is.

The parts in the book that were a little different were when Ari talked about her family.  She had a very difficult relationship with her mom, who died when she was 13.  There was a real solid storyline there, and I found myself wishing the author had pulled the two together a little more.  Seeing Ari struggling, and knowing that she didn’t really have a mom, or another woman that she was very close to, would put her struggles into a new light.  As it was, it felt like Ari was a very obnoxious, self important, whiny person, and it was a chore to read some of the thing she said and did.

I wouldn’t recommend this book.  That is why I was hesitant to post this review here.  I generally only choose to read thing I am pretty sure I will enjoy, at least somewhat.  Then I figured that I have to keep things balanced and honest, so here it is.   I will finish it, since I am so close, but it really wasn’t worth the time.

A year has passed since Ari gave birth to Walker, though it went so badly awry she has trouble calling it “birth” and still she can’t locate herself in her altered universe. Amid the strange, disjointed rhythms of her days and nights and another impending winter in upstate New York, Ari is a tree without roots, struggling to keep her branches aloft.

When Mina, a one-time cult musician — older, self-contained, alone, and nine-months pregnant —moves to town, Ari sees the possibility of a new friend, despite her unfortunate habit of generally mistrusting women. Soon they become comrades-in-arms, and the previously hostile terrain seems almost navigable.

6 thoughts on “After Birth by Elisa Albert”