Top Ten Tuesday is a weekly meme hosted by The Broke & the Bookish. It’s awesome. Every Tuesday, the lovely ladies over there give us book bloggers wonderful and fun topics to create our lists! Check out what others have posted by going over there!

This week’s topic is-

I picked my top ten characters that I didn’t want to die, but did anyway.

Contracts scarlet fever after nursing a sick family back to heath.

5.  John Coffey from The Green Mile

God’s vessel condemned to die for a crime he did not commit.

6.  Ned Stark from A Game of Thrones

The first in a long line of great characters George R.R. Martin has killed off.

I knew from early on that Rudy probably died, but to take these two also just seemed cruel.

Honestly did not see that one coming at all. 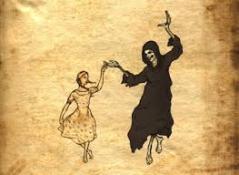 9 thoughts on “Top Ten Characters That Shouldn’t Have Died!!”