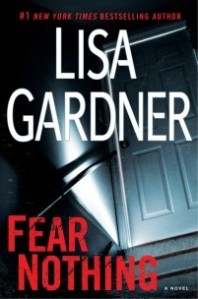 I received this book as a digital ARC from the publisher through Net Galley in return for an honest review.

My name is Dr. Adeline Glen. Due to a genetic condition, I can’t feel pain. I never have. I never will.

The last thing Boston Detective D.D. Warren remembers is walking the crime scene after dark. Then, a creaking floorboard, a low voice crooning in her ear… She is later told she managed to discharge her weapon three times. All she knows is that she is seriously injured, unable to move her left arm, unable to return to work.

My sister is Shana Day, a notorious murderer who first killed at fourteen. Incarcerated for thirty years, she has now murdered more people while in prison than she did as a free woman.

Six weeks later, a second woman is discovered murdered in her own bed, her room containing the same calling cards from the first: a bottle of champagne and a single red rose. The only person who may have seen the killer: Detective D.D. Warren, who still can’t lift her child, load her gun, or recall a single detail from the night that may have cost her everything.

Our father was Harry Day, an infamous serial killer who buried young women beneath the floor of our home. He has been dead for forty years. Except the Rose Killer knows things about my father he shouldn’t. My sister claims she can help catch him. I think just because I can’t feel pain, doesn’t mean my family can’t hurt me.

D.D. may not be back on the job, but she is back on the hunt. Because the Rose Killer isn’t just targeting lone women; he is targeting D.D. And D.D. knows there is only one way to take him down:

I have read all (I think) the books this author has written, at least all that have D.D. Warren in them, and they are really crime thrillers.  Warren is an interesting MC- always tough and on the job, very rarely letting her guard down.  Like other books that follow a main character, the stories all follow a similar plot, but they never feel formulaic.  In this book, Warren works along with a very interesting character, Dr. Glenn, a woman who can not feel pain.  At first this seems vey convenient, until you realize how dangerous it might be.  I really enjoyed Adeline Glenn.  Hers was an interesting storyline.

I would recommend this book if you enjoy a good thriller

2 thoughts on “Fear Nothing”